Punch has his cake and eats it.

By Heights of Abraham

Punch and Judy puppeteer Richard Coombs celebrated his 15th year at the Heights of Abraham this week when he was presented with a unique candy-striped 15th anniversary cake complete with a replica of Punch’s famous hat by Heights Chairman Andrew Pugh and his wife Vanessa.

Punch almost didn’t make it to the Heights this year, as Covid-19 restrictions meant that live performances looked like being off the cards for the summer. At the last minute, with just a few days to go, the government regulations changed and the popular show was able to take place.

Richard performs his show four times a day on the 60 acre estate, and he’s had to make a number of changes to ensure that his audience complies with the latest covid-secure guidelines:

“There’s no shouting allowed!” explains Richard, “so the audience is taught a range of hand signals, claps and waves in order to participate in the show. We’ve spaced out the seating to allow for distance between every bubble, and we’ve relocated the puppet booth to a new wonderful location against a stunning backdrop of the Derwent Valley”.

Fortunately laughs are still allowed, and there are plenty of them in this Covid-aware show.

“You can’t beat a good laugh in times like these” believes Richard, who started performing at the Heights in 2005. His show runs from now until the 6th of September, come rain or shine. In fact, he’s only ever missed one performance: Last year he was called back to Pinewood Studios to re-film scenes for the last Star Wars movie and missed his opening day at the Heights.

The force seems to be with him this year, as he’s back against all odds, and even managed to have his cake and eat it! 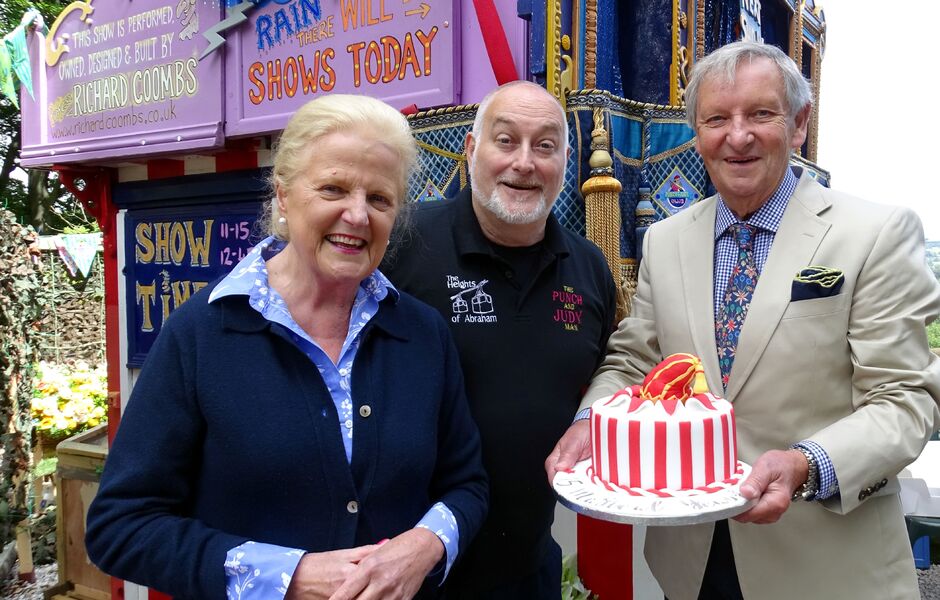